Welcoming you to our sunny island! Australia has relaxed their travel advisory on visiting Sri Lanka. Escape magazine’s article below reaffirms the Australian travelers’ willingness to keep exploring the island.

In the aftermath of the attacks, tourists had been warned to “reconsider their need to travel” to Sri Lanka, a major blow for a country where tourism has been booming in the decade since civil war officially ended.

The South Asian island has been emerging as one of the world’s top trending destinations, with Lonely Planet last year naming Sri Lanka as its No.1 country to travel to in 2019.

Australian travellers have been at the forefront of the boom, with Sri Lankan Airlines launching its first direct flights from Australia to Colombo in late 2017 and low-cost carrier AirAsia offering one-way fares from Australia from about $300.

The Australian Government’s new advice recommends travellers “exercise a high degree of caution” in Sri Lanka — the same level of advice for some of Australia’s most popular destinations such as Indonesia, Thailand and France.

And in the wake of the terror attacks, many Australian travellers have already vowed to return to the island known for its beaches, tea plantations, and wildlife. Meghan Verbeek of Australian based tour company Intrepid Travel said Sri Lankan bookings had begun to pick up in the past week.

“This week, we have had our first positive bookings week for Sri Lanka on 2019 departures since the tragedy over Easter,” she said.

“We have also seen Google searches for Sri Lanka trips to our Intrepid website increase by 13.6 per cent.

“We are now running our Sri Lanka trips as per their normal itineraries again. For anyone thinking about travelling to Sri Lanka, now is a very special time to go.

“Attractions like Lion’s Rock are far less busy and you really will be supporting the country while it recovers from this tough time.

“For anyone thinking about travelling to Sri Lanka, now is a very special time to go. Attractions like Lion’s Rock (Sigiriya) are far less busy and you really will be supporting the country while it recovers from this tough time.

“Our local leaders and travellers are recounting very touching stories about locals going out of their way to thank them for continuing to visit Sri Lanka.” 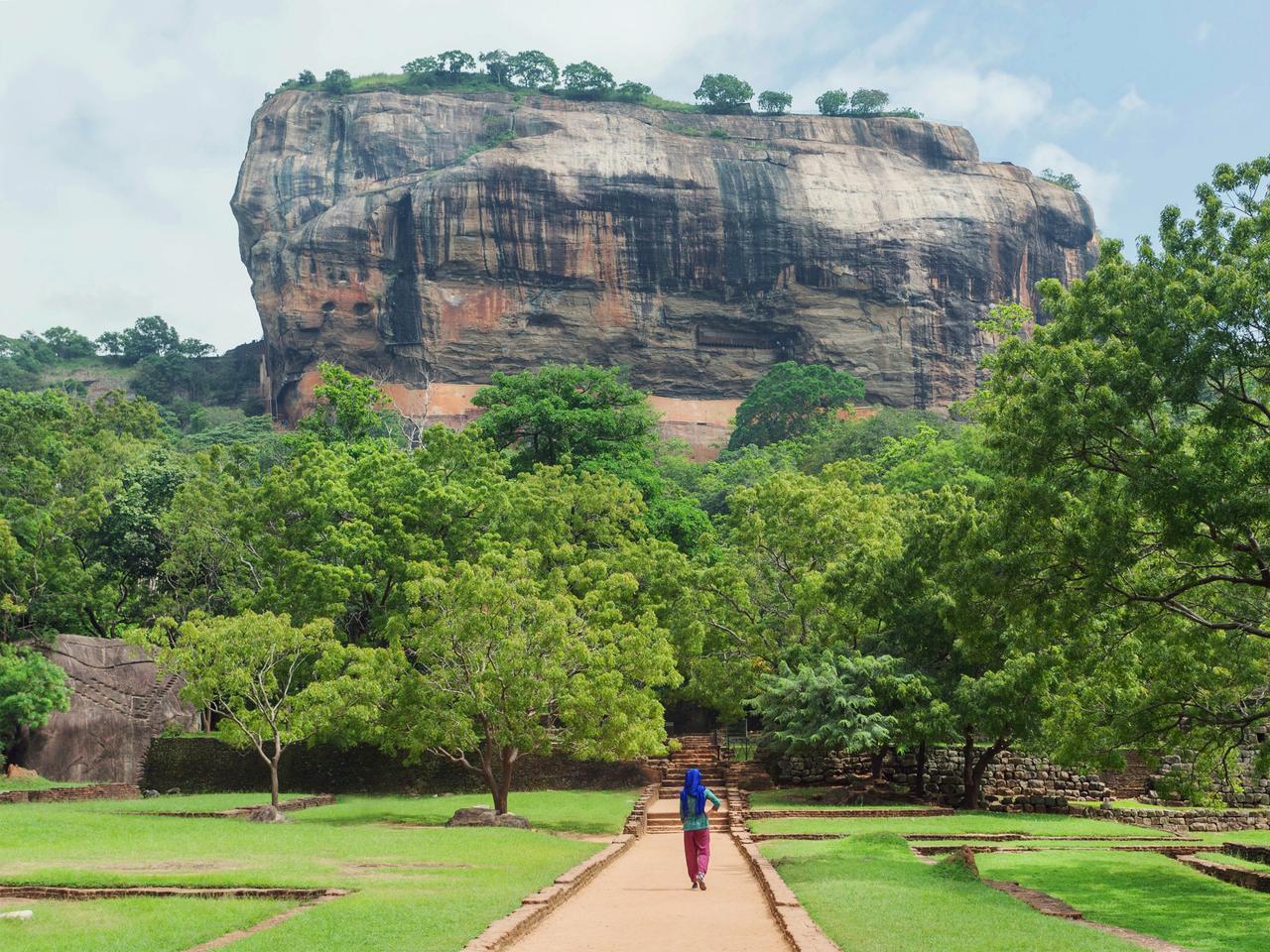 Tour operator Scott McGregor of Railway Adventures, an Australian-based train tour company, said he’d been heartened by the support of travellers who had refused to cancel their travel plans for Sri Lanka.

All but one of the 23 clients booked for the company’s “Sri Lanka on the Viceroy Special” tour departing in November had decided to keep their booking, he said.

Mr McGregor said it showed the empathy of Australian travellers towards a country that relied so heavily on tourism.

“Tourism is the most significant part of our economy, supporting one in 10 families in Sri Lanka, so the relaxation of the advisory is excellent news,” he said.

“We have a close connection with Australia as one of our fastest growing inbound markets and look forward to welcoming visitors back with open arms.” The train from Kandy to Nuwara Eliya is a Sri Lankan travel highlight. Picture: GetAboutAsia

“There is much in Sri Lanka that showcases it as a top destination to see, experience and enjoy,” he said.

“It’s unfortunate if that gets overshadowed by these isolated events.”

@resplendentceylon @ceylonteatrails @wildcoastlodge @capeweligama
Inquire Now
We use cookies to ensure that we give you the best experience on our website. If you continue to use this site we will assume that you are happy with it.Ok