The Migration from Wildlife Tourism to Impactful Nature Tourism

Wild Coast Tented Lodge’s location on the border of Yala National Park affords guests a unique and rich wildlife experience. Yala, a national park of immense ecological and biodiversity that is highlighted by an abundance of endemic subspecies of leopard (panthera pardus kotiya) is a 10-minute drive away from the Lodge.

The Lodge enjoys an unfenced border with the national park – a privilege because it allows for animals to traverse freely in and around the lodge. The Lodge is also placed precariously between protected wilderness and civilization. A few small hotels flank Wild Coast Lodge, and a mile to the south is the border fence of the national park – beyond which is a combination of “chena” farms, scattered humans settlements and semi-protected forests.

In 2019, the Rangers of the Lodge set up several camera traps around the lodge to observe and record biodiversity distribution. The initial results were astonishing – all key species were found in the jungle around the lodge. Elephants, spotted deer, sambar, and small mammals were common, as were rarer species such as pangolins and small cats (rusty-spotted cats and jungle cats). But the highlight was several observations of leopards, that demonstrated a level of comfort with living close to humans (alongside the hotels nearby). The Lodge partnered with the Wilderness and Wildlife Conservation Trust (WWCT), one of Sri Lanka’s most eminent research organizations that study leopards, to provide them with imagery from the Wild Coast camera traps. WWCT’s Yala project studies leopard dynamics, movements and behaviour in the “buffer zone” of Yala.

Some interesting learnings for Wild Coast and WWCT were that several leopards from the heart of the national park had travelled great distances to establish new territories on the periphery of the park (near the Lodge) as well as further away at the edge of the buffer zone. Supporting research and conservation is a key pillar to Resplendent Ceylon’s ethos. The tourism industry, especially in relation to wildlife tourism, is consumption-driven – very little is put back into conservation or the betterment of habitats and biodiversity.

Resplendent Ceylon aspires to further its impact on conservation by driving the establishment of a publicly accessible Research Center for Leopard and Climate Change Adaptability, funded by Dilmah. Research conducted by independent researchers will be supported so that both government, NGO’s and the private sector will be better informed of the challenges that face leopards. That by protecting umbrella species such as leopards, habitats and less famous yet equally important biodiversity can also be protected is a common belief among scientists. Guest participation in such work also helps Resplendent Ceylon redefine a visitor’s wilderness experience – from a consumption-driven one to an impactful one that supports research. Through informative and interactive talks with our Rangers, guests at the lodge learn about leopard identification techniques.

In the future, Resplendent Ceylon also hopes to invite guests to fund camera traps (several have been broken by mischievous elephants!) to expand the area under observation to improve information and draw better conclusions.

We are excited to embark on this journey to support wildlife conservation and invite our guests to join us, support us, and enjoy our wilderness responsibly.

The cover image was taken by our Ranger Sameera Gihan. 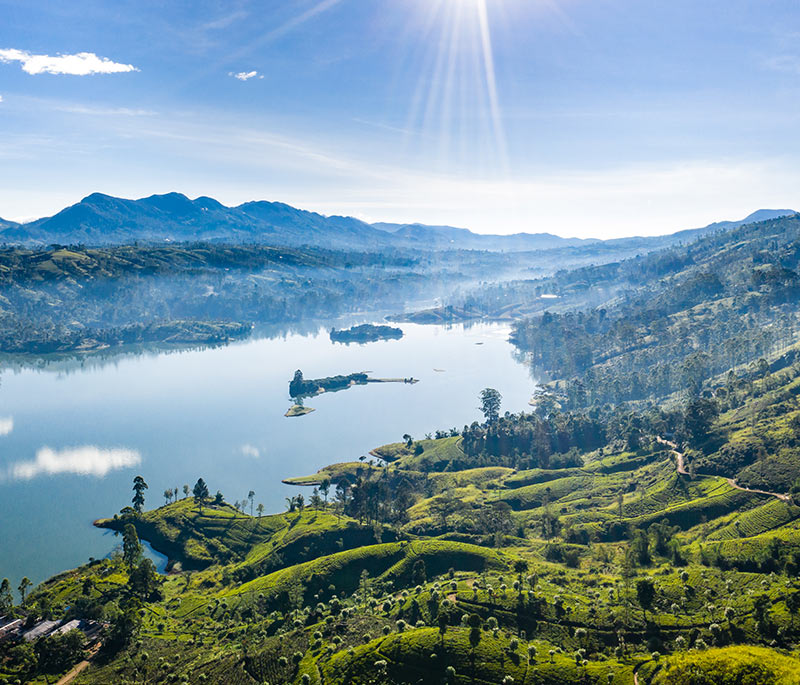